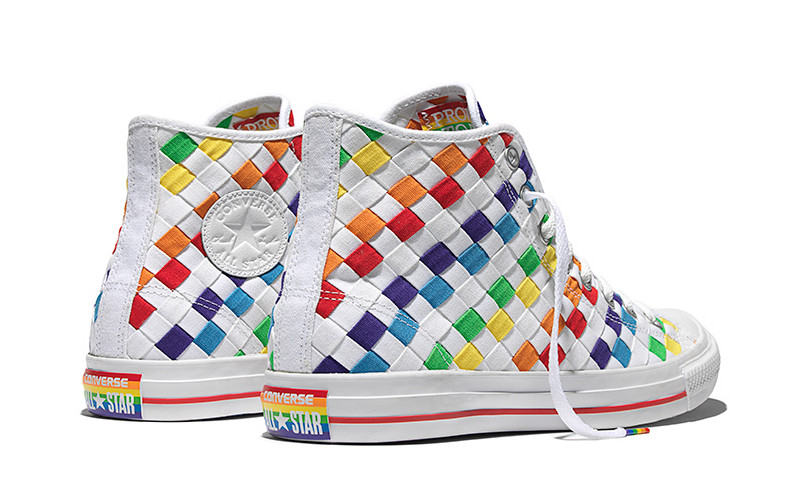 Nike-owned Converse has unveiled the Pride Collection, a trio of colorful Chuck Taylor All Stars. The line is inspired by LGBTA communities. The high-tops will sell for $65 to $75, while the lower version will cost $60.
Converse said that it hoped the collection would serve “as a passionate reminder for universal tolerance, diversity and equality — encouraging the creative community to be their most authentic selves.”

The styles boast premium woven uppers in rainbow colors, as well as distinctly display a rainbow license plate and aglets.

In 2015, after the US Supreme Court ruled in favor of same-sex marriage nationwide, several athletic companies launched celebratory lines showing their support.

The Adidas Pride Pack featured a white, paint-splattered Superstar sneaker, as well as a white Stan Smith featuring colored laces and subtle streaks on the side, and a black Adilette slide with a multicolor strap.