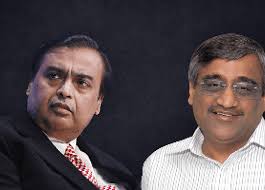 The Securities and Exchange Board of India (Sebi) on in its letter issued on January 20 approved the deal, with conditions.Kishore Biyani of Future Group had entered into an agreement to sell its retail, wholesale, logistics and warehouse businesses to Reliance Retail Ventures (RRVL) in a Rs 24,713 crore deal in August 2020. While post their announcement Amazon had moved an appeal to the Divisional Bench of Delhi High Court opposing the deal. Amazon has accused Future Group of violating a pact signed by it by entering into a deal with Reliance Retail. On December 21, Amazon Inc had also filed a plea before the Delhi High Court, seeking a stay on the Future-Reliance deal. Amazon had gained a minority stake in Future Group after taking over 49 percent stakes in Future Coupons, which serves as the promoter entity of the former.

In its letter of approval, the regulator listed a number of conditions in accordance to the Composite Scheme of Arrangement and also referred to the apprehensions raised by Amazon.

“Company shall ensure that proceedings pending before SEBI against the entities part of the promoter/promoter group or are directors of the companies involved in the scheme, should be highlighted in the scheme document filed before National Company Law Tribunal (NCLT),” it said.

“Company shall ensure that any future disputes, complaints, regulatory actions or proceedings, or orders issued therein involving the draft scheme if any, shall be brought to the notice of shareholders prior to the approval by NCLT.”

“The company is advised that the observations of SEBI/Stock Exchanges shall be incorporated in the petition to be filed before the National Company Law Tribunal (NCLT) and the Company is obliged to bring the observations to the notice of NCLT,” it added.

The company should ensure that suitable disclosure about the latest financials of the companies involved in the scheme being not more than 6 months old is done before filing the same with the National Company Law Tribunal.

“Company is advised that the observations of SEBI/Stock Exchanges shall be incorporated in the petition to be filed before National Company Law Tribunal (NCLT) and the company is obliged to bring the observations to the notice of NCLT.”

“In light of the above, we hereby advise that we have no adverse observations with limited reference to those matters having a bearing on listing/de-listing/continuous listing requirements within the provisions of Listing Agreement, so as to enable the company to file the scheme with Hon’ble NCLT,” SEBI further said.