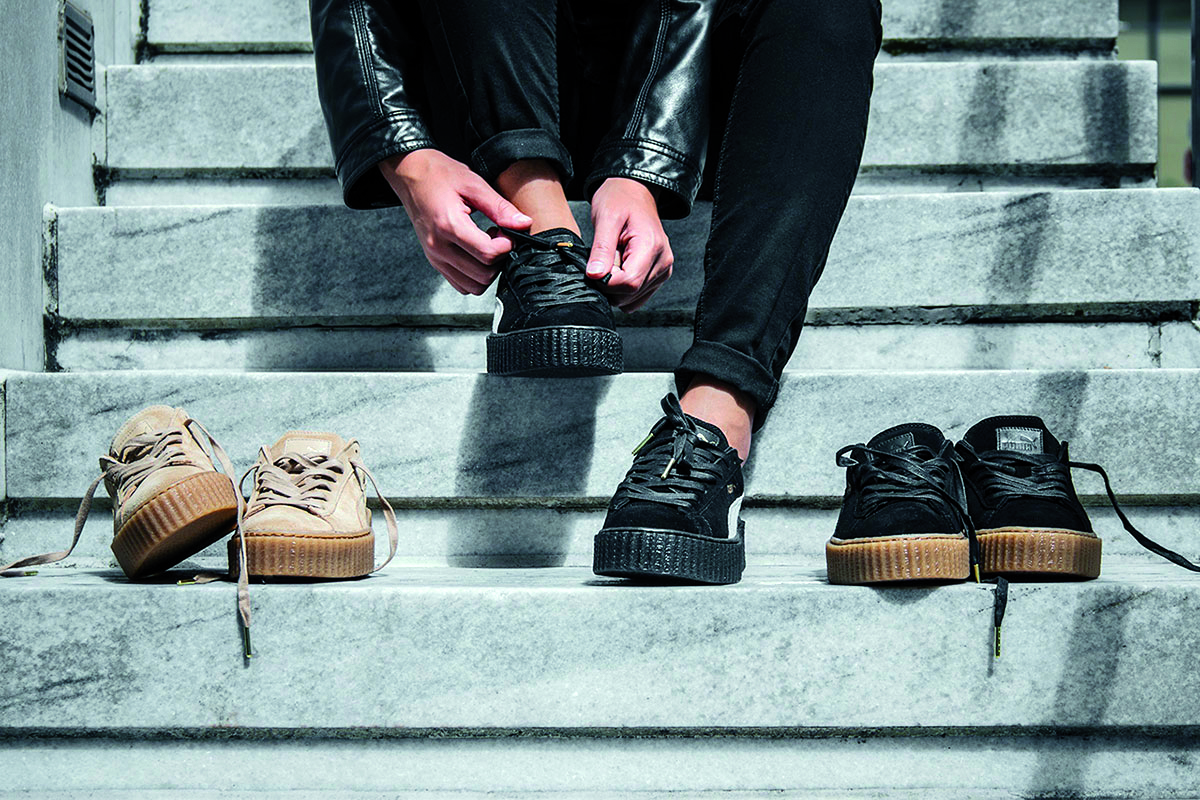 Puma fans on Snapchat got a welcome surprise. The brand announced on its account three new colorways of Rihanna’s Fenty Creepers.

The Creepers were originally released in fall 2015 in several waves and sold out within hours each time. Since then, Rihanna and Puma have dropped trainers with an oversized tongue and faux-fur slides.

This isn’t the first time Puma has used its Snapchat to tease upcoming releases. The brand shared photos and videos while on set with brand ambassador Kylie Jenner before her ad campaign broke for the Puma Fierce trainers. Both Jenner and Puma have since posted another behind-the-scenes look at her next campaign in which she was wearing red Puma Suede sneakers.